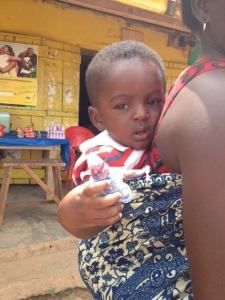 Earlier this month the newest group of Peace Corps Trainees came into Ghana. This was the newest Health Sector volunteers, thus confirming that my group had been in country a full year. I was asked to write something on success to be shared with this latest batch of newbies, here’s what I sent:

To feel successful in Peace Corps Ghana one has to change some of their views and preconceived notions about success. In America success in the workplace is reflected in terms of profit: productivity and efficiency. For some the definition expands to include a sense of worth and happiness as well. People often talk about wishing to find balance between work and home life, but this struggle is rarely won, though when it is accomplished those individuals have a greater sense of success.

In Ghana, the pace of life is s…l…o…w…
Public transportation, government agencies, schools, and other groups rarely, if ever, run on a strict schedule. Often the time frame to complete a simple project is ridiculously extended. And on top of the other concerns, in order to see a project through, you must not only maintain your own motivation, but also continue to harness any drive found within your community.

To define success in PCGhana one must take a step back. It cannot be measured in projects started, planned, or completed; it cannot even be measured in sheer numbers of lives impacted. Rather in our quest to find meaningful work it is important to recognize the impact you can have on a very small scale, quality over quantity. Every day in Ghana, you are not only changing your own perception, but also challenging the perception of those around you. Success is the little things, the “seeds we plant whose shade we will not see” in our short time here. Success in Peace Corps is finding a way to believe in the greater good, hoping that through example we can inspire change, however small. And that by inspiring change in a few individuals, the impact will find roots which support future growth.

Not too bad, huh? However, it wasn’t until I put those words out on paper that I could really consider them personally and furthermore, consider what changes I have encountered personally and how my internal compass has shifted.

When I was in the States a friend told me her belief that Peace Corps, like most volunteer work, is not an unselfish act, in this case on the part of the US Government. The US is investing in citizens less to bring skills and peace around the world, as much as banking on those qualities coming back home after service. Peace Corps service allows US citizens to appreciate what we have in our home country, inspires future local volunteer work, and be affirms a desire to ignite change back home as well. Sound theory. No volunteering is selfless. I am here, at least in part, because I want to experience living in another culture. I want to do meaningful work. I want to feel important.

Yesterday while in the city, I visited a senior high school with a colleague. My friend, Kelly, worked with the headmistress’ daughter back in the states. The headmistress we visited was very educated, well traveled and connected, she had been on Ghana’s Olympic committee for the games in London. She and her assistant were asking us questions about Peace Corps. Kelly described it as choosing to spend two years in another country in order to get to know people in that country and allow them to get to know you. The assistant asked if it was all about socializing then and Kelly said we also had secondary specializations. It shifted my ideas a bit. Being assigned to the Health Sector I always thought that was my primary objective. However, goals two and three of Peace Corps are essentially as outlined by Kelly in this conversation.

According to the website, The Peace Corps’ Mission is to promote world peace and friendship by fulfilling three goals:
1. To help the people of interested countries in meeting their need for trained men and women
2. To help promote a better understanding of Americans on the part of the peoples served
3. To help promote a better understanding of other peoples on the part of Americans

Throughout Ghana people will comment on the sacrifice we make by coming to Ghana. They understand that the country is not a developed as the US and wonder why we would want to spend years of our life here. It’s nice to hear the affirmation, but usually I worry that I’m not doing enough in return for Ghana to deserve this accolade. I came here with the intention of making an impact. I do not spend most of my time on life-altering projects, but rather on daily work, which includes chores, socializing, and some actual work like helping the midwife or educating various groups. I have spent quite a bit of time securing grant monies for my community to fund the procurement of bed nets to fight malaria, to offer HIV workshops to JHS students to prevent new cases and reduce stigma, and to purchase library books to help form libraries throughout the country. I did not come here hoping to be a cash cow for my community and struggle with this angle of my service though I can see the visible impact of these funded projects.

I spend a lot of time thinking about what role I play here and what I hope to accomplish. Ultimately, I stand by my definition of success above. In whatever form I can, I choose to make an impact, however small. This week I enjoyed part of the market day morning sitting at a local store building a toy chicken out of used water sachets at the request of a ten year old girl. She saw the silly toys I made for the children in my home and asked me to make one for her. I told her to collect clean empty sachets and she instantly pulled 8 from the nearby ground (litter is ubiquitous in Ghana which is what inspired my initial creations). I sat with her mother and starting cutting sachets, employing her mother in tying strips together into chains and had spectators stop and go while observing the obruni doing “something weird” with trash. Ultimately the toy chicken was a moderate success, recognizable at least and sturdy enough for a day or two of rough play. But the real success was being able to expose people to thinking outside of the box. I get a lot of attention just because my skin is different from everyone else in my community, to harness that interest while performing unusual tasks is one way to reach people. To change people’s perceptions on any front is a useful activity. Couple that with connecting socially with people and you have a good recipe for success. When I returned to photograph my creation! the girl had already given it to a young child for his enjoyment. Bonus! Not only had I been able to show a girl a new way to make toys from trash, but then she got to give that toy away and add a little joy to a child’s day as well.

I was Skyping with an old friend last night and discussing these matters. I was talking about redefining success at work and through our conversation I realized I had also been forced to reconsider my definition of friendship. I live in a land where much of the people have a thinking-level comparable to fourth grader in the US. Lack of quality education or access to information, inadequate health resources, and many other factors have limited the growth of this country and its people. Critical thinking is a rare skill here. Whereas I value friendships back home based on depth of connection and understanding, here my relationships exist closer to the surface. And coming to that realization helps me redefine the success of my connections in Ghana. Our experiences, culture, and background have left gaps in our ability to connect at a deep personal level, but in no way alter our ability to relate on a fundamental level. We are all humans and can sit together and enjoy one another’s company without needing to compare notes on deep philosophical matters. Surface connections still have importance and impact.

So later on that same market day when I emerged from lunch at home I saw a small girl and boy struggling to fetch a pail of water from our well. The teenage girl seemed to only be able to use one hand and so with each pull, the boy behind her would then secure the rope at that level. I offered to help and took over pulling the bucket up the well. The kids were grateful, but what I hadn’t considered was the response I would get at market. A few witnesses spread the word quickly and while walking through the stalls, many of the sellers commented on my act. They were surprised that I could haul water and impressed that I had done so for locals. It was a day of my small acts being recognized, small acts that changed perceptions. My help at the well gave Ghanaians the chance to not only see an American doing manual labor, but also acting selflessly, volunteering my efforts for the good of another. It is through small acts of kindness that great things can occur. 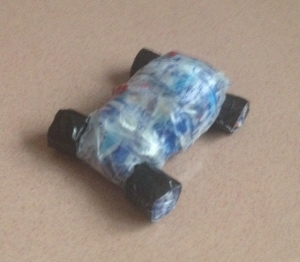 1 thought on “The Secret to my Success…?”